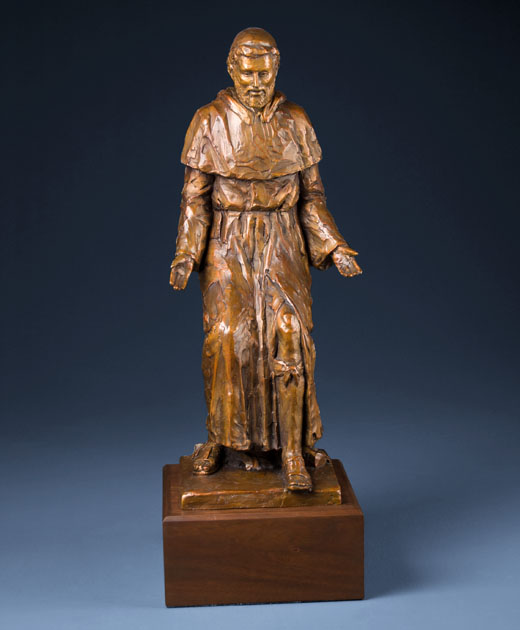 Born in 1260 to a wealthy family in the city of Forli in northern Italy, his youth was spent in open defiance to the church.Â  After a rash incident in which he struck a representative of the Pope he became so shocked by his actions that he repented and spent the rest of his life is service of the sick and downtrodden.Â  The strain of spending so much time on his feet caused him to have severe varicose veins and, eventually, cancer.Â  He received a vision of Christ which restored his health and is considered the patron saint of cancer victims.Â  He died at the age of eighty-five in 1345 and was canonized as a saint in 1726.