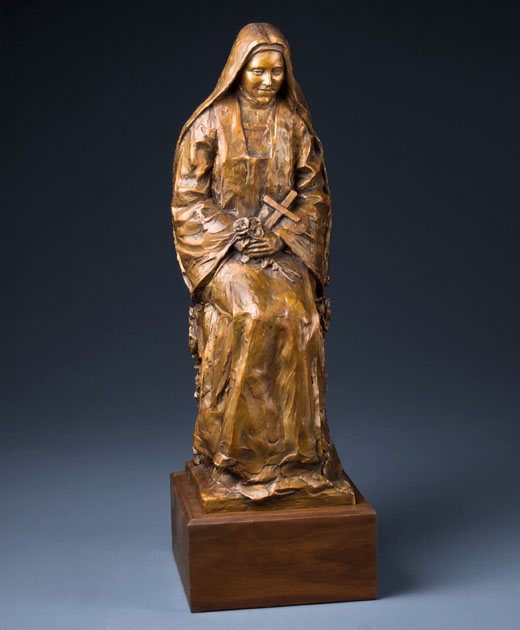 Often referred to as â€œthe little flowerâ€, Therese Martin (born in Alencon, France in 1873) had a deep passion to serve God from the time she was very young, and at the age of fifteen traveled to Rome to petition the Pope to be allowed to join the Carmelite order.Â  Deeply sensitive, she developed a simple philosophy of love which came to be known as â€œthe little wayâ€.Â  She contracted tuberculosis and died in 1897 at the age of twenty-four.Â  By the time her death, her humble spirit had touched many people.Â  She was canonized by Pope Pius XI in 1925.