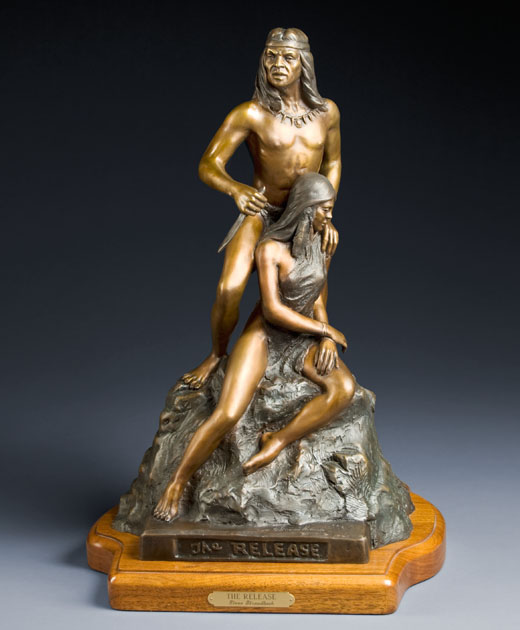 Once when this Nation was new, before the white man, a ritual was practiced by many of the Indian tribes in North America. While attacking an enemy village, a brave would capture one of the maidens and taken her back to his tribe.Â  There she was dressed in the most beautiful buckskins, placed in the finest teepee, fed the finest foods, and treated as a royal princess.Â  This they would do for several moons.Â  At the end of this period of time, she would be taken to the ceremonial circle in the center of the village, stripped of her clothing, her hands and feet bound, and her captor would draw his bow, sending an arrow into her heart.Â  The story goes that once there was a brave who fell in love with the sacrificial maiden.Â  As the days and weeks passed, his love for her grew strong.Â  Such a beautiful creation could not be put to death.Â  The time came when the bow was to be drawn and the arrow sent, but he could not do it.Â  Instead, he stepped forward and drew his knife, releasing her from her bonds.Â  Against his people he stood to defend her with his own life.Â  After giving her clothing, food and a horse, he took her back to the edge of the village and sent her back to her people.Â  He expected to be killed for what he had done.Â  According to their customs he should have.Â  However, the tribe stood in amazement and disbelief.Â  How could one be so brave?Â  In honor of his bravery, his life was spared.Â  Eventually, this ritual was abolished as other braves followed his example.Â  An award was given to this brave by the United States government.Â  It read:Â  â€œTO THE BRAVEST OF THEM ALL.â€